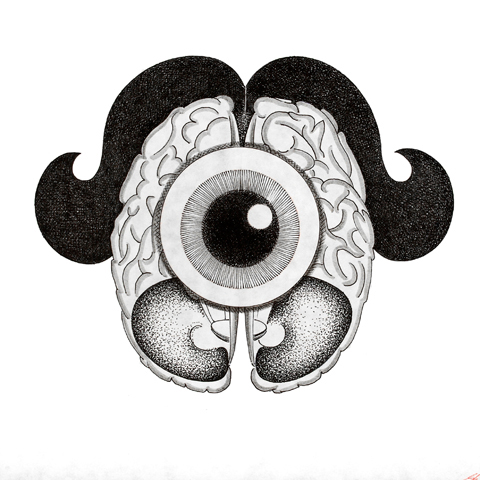 We Are All Children Of The Stars

The exhibition, We are all Children of the Stars is a series of 26 drawings that explore human relationships. This body of work derived from a dream and while playful in the early stages, unfolded a trajectory which seemed to reflect back on my own relationship with my mother.

We Are All Children Of The Stars

1. As caretaker of the property, the girl ensured all was maintained as she proceeded on her daily round of cleaning.

2. Sometimes she peered out of one particular window as the position afforded a more interesting view.

3. On one occasion she had reason to look twice. Across the space stood an extraordinarily tall woman in a scruffy black suit.

4. The woman wore a very large black wig. At first, the girl supposed it was a hat.

5. Twisting her trunk enabled the girl a full view of the woman's chest.

6. Oddly the woman's shoulders appeared to complement the width of the body making it appear as if she was an extension of a mirror image.

7. Curious to read the abstracted form she realised she had been staring at the woman for some time.

8. The girl moved to leave.

9. It was at this precise moment that the woman turned and looked directly at her.

10. The woman glared at the girl. It cut deep through her flesh and into her heart.

11. The girl sensed her body sink, slow and heavy.

12. She began to dismiss the experience as an exaggeration of her imagination and so continued cleaning.

13. Travelling through the intimate walls the girl felt compelled to search for the figure and looked up at the window.

14. Her head became warm, sticky and heavy with fear.

15. The tall dark suited woman was at the gate!

16. The scruffy creature was larger and more imposing than she had imagined!

17. It came as no surprise that this peculiar stranger was a silk seller.

18. It was interesting that such a tall creature should exist but the girl was open to accepting the many disparate forms of humanity.

19. This oddity standing outside her gate made the physical threat loom large.

20. Panicked, she moved on through the dividing rooms journeying fast to a window. She stopped dead.

21. She stepped close to the glass. It had fogged, unnaturally, and she noted a changed in her breathing.

22. Peering once more through a small section of the window the girl saw a black shadow enter the property!

23. Crouched low the woman smiled a wide white grin and mouthed; "Whisper to me while I hold your breath".

26. Where she lay perfect and still.

We are all Children of the Stars, 2010, Installation, ArtLab Australia